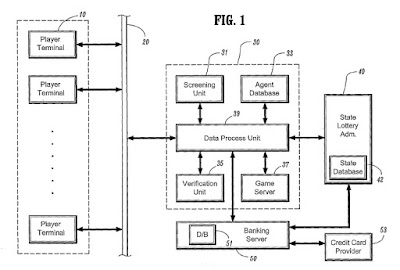 The Delegate of the Commissioner of Patents applied rules set out in Aerotel to determine the substance of the invention.

The patent specification does not reveal any information that could be regarded as "technical". It follows that the Delegate could not find such a contribution and the patent was revoked.

"Aerotel  sets out an approach, in four steps:
1. properly construe the claim;
2. identify the actual contribution;
3. ask whether it falls solely within the excluded subject matter; and
4. check whether the actual or alleged contribution is actually technical in nature.

"The second step requires the court to consider what the inventor ‘has really added to human knowledge’, looking at substance and not form. According to the third step, if the contribution identified consisted of excluded subject matter as such, it would be excluded and it would be unnecessary to progress to the fourth step.” (Research Affiliates at [29-30], original emphasis)"

"While I agree with the Patentee that there is no statutory requirement for the specification to include background information, such information would have been helpful in understanding what the Patentee considers as their contribution to the art (or the alleged contribution)."

"Although these specific functions, being related to information receiving, generation, recording, and exchange between the levels, may well render the claimed invention novel and inventive, I consider that these functions do not go beyond the normal operation of a computer system. This is also confirmed by the generality of the language in which the computer implementation is described in combination with the fact that, in the Original Decision, this level of disclosure was considered sufficient."

"There is nothing more to the substance of the invention than the mere new scheme of facilitating the governmental lottery play over the electronic network; while the application of the new scheme or method might improve the business organisation of governmental lottery play over the electronic network, it does not produce a practical and useful result outside the realm of business innovation;
The new scheme or method merely requires generic computer implementation; there is no ingenuity in the way in which the known computer system is utilised; the invention does not involve steps that are foreign to the normal use of networked computers; and despite the fact that the new scheme appears specifically designed to operate in a networked computer environment, the computer system itself is merely a known intermediary or tool for performing the new scheme while adding nothing of substance to the idea upon which the new scheme is built;

"When an improved business scheme of lottery play is implemented using a well-known generic electronic network (such as the Internet) to create the three-level lottery system mentioned above, this does not actually result in a new computer system or in any significant alteration to the structure of the electronic network itself (or no alteration at all if the computers were already connected to the network as is usually the case). In simpler terms, the fact that the computers of the entities involved in the governmental lottery play are connected to and exchange information via the Internet, does not change the Internet as such."

1. A system for facilitating governmental lottery play over an electronic network, including:

an agent server connected via said electronic network for receiving player and ticket information transmitted from a plurality of player terminals, for transmitting said ticket information to a governmental lottery administrator, and for receiving serial numbers issued by said governmental lottery administrator in association with each lottery ticket;

a database in said agent server for storing said player and ticket information and said serial numbers associated with each lottery ticket; and

10. A method for conducting governmental lottery play over an electronic network, including the steps of:

receiving serial numbers issued by a governmental entity server, each serial number being associated with each lottery ticket;

21. A system for facilitating governmental lottery play over an electronic network, including:

a second communication interface, connected to the electronic network, for communicating with a computational system of a governmental lottery administrator;

a database for storing transaction information as between the player terminals and the governmental lottery administrator;

wherein the interface device is further configured to:

receive from the player terminals, through the first communication interface, player and ticket information, and

determine, based on the player information, whether pre-stored criteria required by the governmental lottery administrator is satisfied;

store, in the database, said player and ticket information and said serial numbers associated with each lottery ticket; and