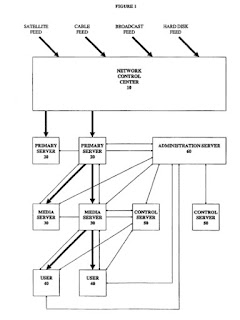 This claim ineligible under § 101:

A method for transmitting message packets over a communications network comprising the steps of:

for each stream, routing such stream to one or more users,

controlling the routing of the stream of packets in response to selection signals received from the users, and